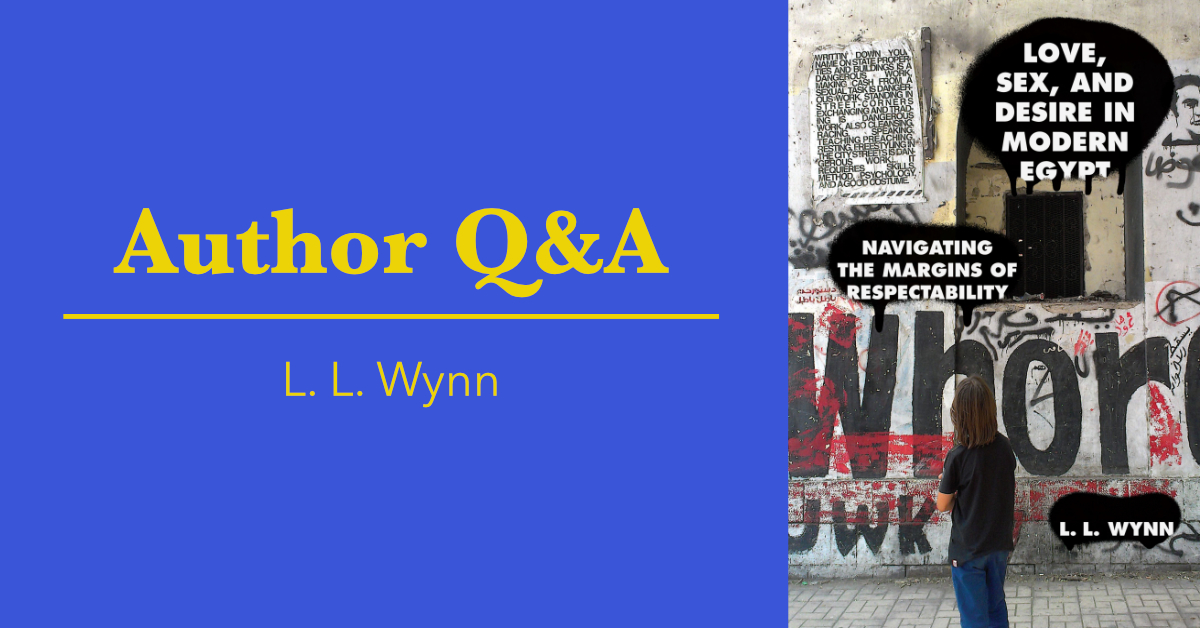 It’s about dating, courtship, marriage, and extramarital affairs, and it’s about how people (women especially) pursue their romantic interests while navigating the social rules constraining them.  Some take the conventional approach: no sex before marriage, a fiancé(e) that their parents approve of, no staying out after dark, the whole nine yards.  But a lot of people find creative ways to skirt the rules.  Or they make up new rules.  Some get caught out for violating norms of female respectability and suffer the consequences.  There’s one really tragic story that I tell about that in the book.  But mostly, I tell stories about people who pursue their passions while still demanding the label of respectable.

I was actually really torn about this!  I wanted to write something that would be accessible, something that people outside of academia would want to read.  I had so many riveting stories to tell, and I didn’t want them to get bogged down in jargon.  I can’t help but remember one reader review of my first book that called it “academically constipated”!  But let’s face it, I’m an academic, so I’m a little, um, constipated with jargon.  I mean, I like theory, too, not just stories.  So in this book, I took an unconventional approach, alternating between chapters that just tell stories, and chapters that use classical anthropological theory to analyse those stories.

I was afraid that an academic press wouldn’t approve, but I lucked out with the University of Texas Press.  They publish plenty of conventional academic books, but they also publish some really quirky things that aren’t academic tomes at all, like a book I love by Egyptian pharmacist Ghada Abdel Aal called I Want to Get Married! One Wannabe Bride’s Misadventures with Handsome Houdinis, Technicolor Grooms, Morality Police, and Other Mr. Not Quite Rights. It started out as a series of viral blog posts in Arabic that were translated into English.  And lucky for me, my editor at UTP was really encouraging of my unconventional format.  They want to publish books that people — not just academics — will want to read.

I absolutely love writing, but I’m not sure that I enjoy it, exactly!  It’s all-consuming when I get sucked into a writing project, and that can be hard and rewarding all at the same time.  There was one point when I was writing this book when I got completely derailed, because one of my research participants unexpectedly confessed a secret that she’d been hiding for a decade about being raped by her boyfriend and his friends.  I’d never liked her boyfriend, to tell the truth, but she’d always painted this picture of a great love affair, and I’d been writing about that.  And then she told me this new story and I just didn’t know what to do with it.  How do you reconcile a great love story with a terrible act of violence and betrayal?  It took me a long time to figure out how that story of violence fit into a book about love and desire.

Write every day.  I don’t actually follow it, but if I did, I would have published a lot more books!

Marcia Inhorn!  She’s a medical anthropologist at Yale who writes about everything from infertility to masculinity to Arab refugees in the U.S.  I recently co-edited a book called Abortion Pills, Test Tube Babies, and Sex Toys, with Angel Foster.  We had lots of great contributions, but naturally, most chapters needed some revision, like everything does (including everything I write!).  But Marcia sent us a chapter that was basically perfect from start to finish.  It needed no revision.  I can only dream of one day honing my writing to that degree.

I’m entertaining a fantasy of starting a completely new project on venomous snake handlers in Australia, where I live.  It’s a really interesting subculture, but also, it would give me an excuse to see lots of snakes.  I love snakes!  Weird, I know.  But at a certain stage of your anthropological career, you realise that you can write about anything around you, because everything is interesting when you start picking it apart.  So why not write about what you love?  I guess I’m still thinking about a woman I knew in graduate school who loved chocolate, so she did her dissertation research on chocolate in Belgium, or maybe it was Switzerland.  What a brilliant idea that was!  Your family could never complain about you bringing your work home with you! 🙂

L. L. Wynn is Associate Lecturer in the Anthropology Department of Macquarie University in Sydney, Australia. She has taught in a Saudi girls’ school and, receiving grants from organizations such as the Mellon Foundation, undertook more than two years of anthropological fieldwork in Cairo. Her book, Love, Sex, and Desire in Modern Egypt, was published by the University of Texas Press in 2018.