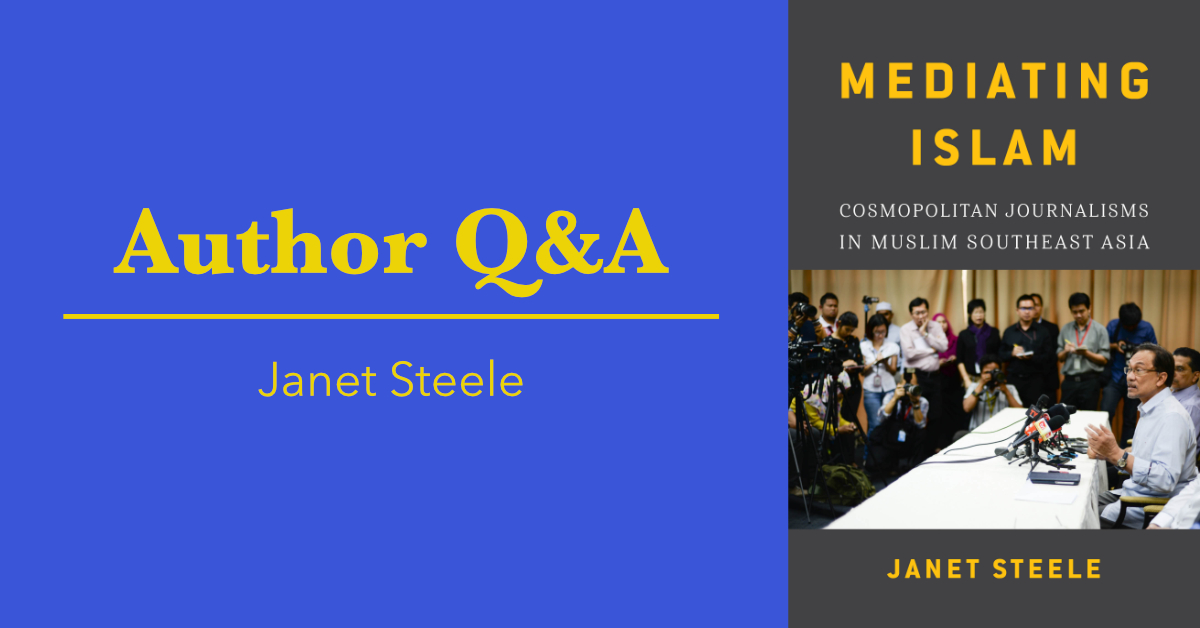 I wrote Mediating Islam, Cosmopolitan Journalisms in Muslim Southeast Asia in order to show that neither Islam nor good journalism is monolithic. After more than twenty years of close observation of five exemplary news organizations in Indonesia and Malaysia, I learned that although the principles of journalism may be universal, the way in which we explain those principles to ourselves is determined by culture. In Indonesia and Malaysia, a huge part of that culture is Islam, so it makes sense that journalists would think about principles such as truth, verification, and independence from power through the prism of Islam. Although each of the five news organizations I examined is quite different in its approach to Islam, each also shares certain commonalities in terms of how the journalists who work there think about basic professional values.

I was looking for a press that had a strong list in Southeast Asian studies. Although I am a professor of journalism, my PhD is in history, and I wanted to find a publisher that would allow me to take an interdisciplinary approach, and combine the best of history and Asian studies with journalism studies.

I do. For the past twenty years I have taught narrative journalism not only in the US, but also in workshops throughout Southeast Asia, including annual courses in Indonesia and Malaysia. In fact it is those workshops that have enabled me to gain access to spaces that might otherwise be closed to a white, non-Muslim, American woman. I have learned a lot from teaching these courses, and enjoy using story-telling techniques in my academic writing as well. For example in Mediating Islam, I tried to view the five publications as characters, and weave their individual stories together into one overarching narrative of the role of independent media in two neighboring developing democracies.

I don’t have a favorite book, but I do enjoy reading fiction as a means of thinking about story structures that might be used in writing narrative non-fiction. Most recently I read Michael Ondaatje’s novel Warlight. I admire how the author builds suspense by gradually revealing the truth over time.

“Take your weakness and make it your strength,” which I use all of the time in my own work, and also share with my students. Often the issue that is giving you the most trouble is exactly the one on which you should be focusing. For example in writing about the Islamist bi-monthly Sabili, I had trouble making heads or tails of the competing conspiracy theories that surrounded key episodes in the magazine’s history. After a while, I realized that what at first appeared to be crazy paranoia was precisely the point:  that this was how Sabili wanted outsiders to view the magazine, as something that was so powerful that everyone would want to influence it.

For my entire career, my motto has been “figure out what you want to do in life and go for it – and don’t worry about what other people think.”  I started out as a student of US social and cultural history in late-19th century America, and ended up teaching myself Indonesian and writing about journalism in Southeast Asia.

The journalists I write about who struggle for press freedom, human rights, and democracy.

Who knows? Probably a book on modern Malaysia with the online news portal Malaysiakini as the main character.