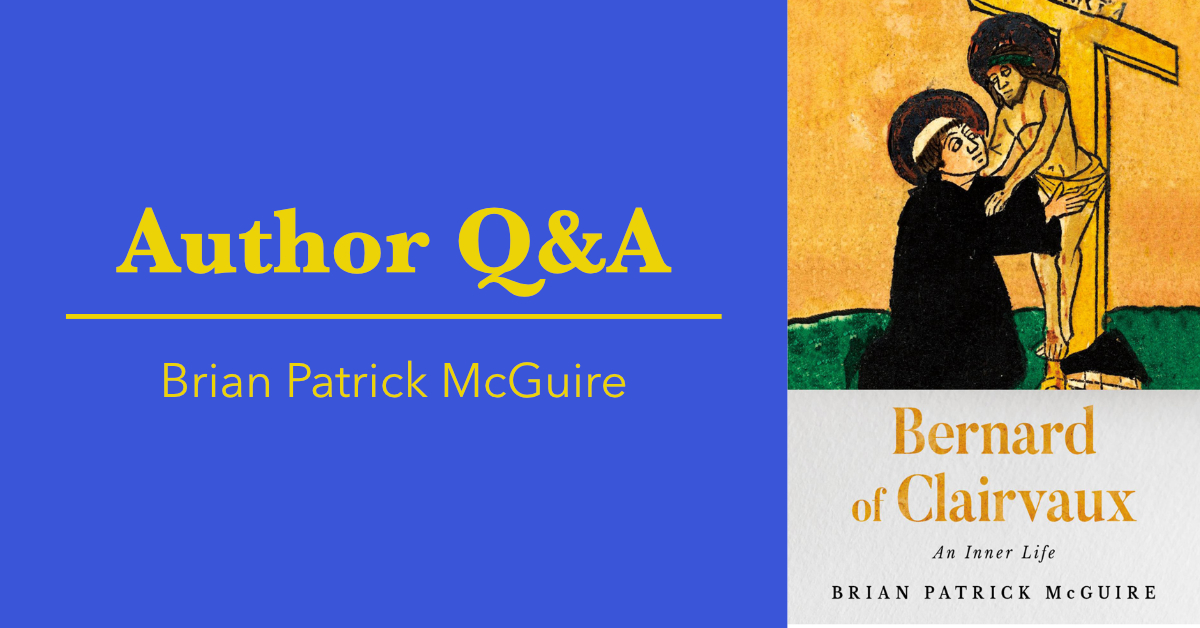 “Bernard of Clairvaux: An Inner Life” is a biography of the abbot of Clairvaux (1090-1153) who is one of the central figures of twelfth century Europe and is still read today in terms of his spiritual insights. My book is an attempt to make Bernard accessible, for he is very much a “difficult saint” who has had his critics ever since his own time. I find that earlier biographies have either been too much panegyrics or have been so loaded down with detail that they drive the reader away.

I decided to write for Cornell University Press because the former representative for medieval books encouraged me to do so. Cornell had published a very successful biography of Francis of Assisi, and I was attracted by the format, leaving out footnotes and only providing references at the end of the book. In this way a biography can become a “good read”, while at the same time the scholarly apparatus is still available to the few readers who need it.

I enjoyed very much the process of writing. Since I am retired from classroom teaching, I have had the time to work slowly, to make many revisions, and especially to add a section which I think is unique: Fifteen Questions about Bernard–questions that have been asked of me in my work on Bernard and to which I wanted to respond.

Best advice? To give things the time they need to take, in opposition to my American background of being in a hurry.

Their world is a very different one from the one in which I was formed. In spite of all the technical advances, they do not have the openings in the humanities that I experienced. So I can hardly give advice when I have been so privileged and they are forced constantly to publicize themselves. I can only say that if they want to write history, they may have to end up doing it in their free time.

What did you last read for pleasure (not work or research)?

Robert Dallek, “Franklin D. Roosevelt: A Political Life.” I have always considered Franklin Roosevelt to be one of the great American presidents, and especially now with a president who is trying to save and build on to Roosevelt’s New Deal program, I found Dallek’s portrait to be incisive biography.

My teachers–I was very fortunate, both in high school in California, at university in Berkeley and in graduate studies in Oxford, England. I think almost daily of them, especially my doctoral supervisor, Sir Richard Southern, whose dedication and beauty of writing style are still an incentive for me.

I am in the midst of a study of Danish saints. Since in the Lutheran religion there are no saints, the book will be called “Glemte danskere” (Forgotten Danes). I have chosen in recent years to write in Danish instead of English because I receive much more feedback from my Danish language books than my English publications. It remains to be seen if “Bernard of Clairvaux” will be an exception.

Brian Patrick McGuire is Professor Emeritus at Roskilde University. He is author or editor of twenty-five books, including Friendship and Community and Bernard of Clairvaux (2020), published by Cornell University Press